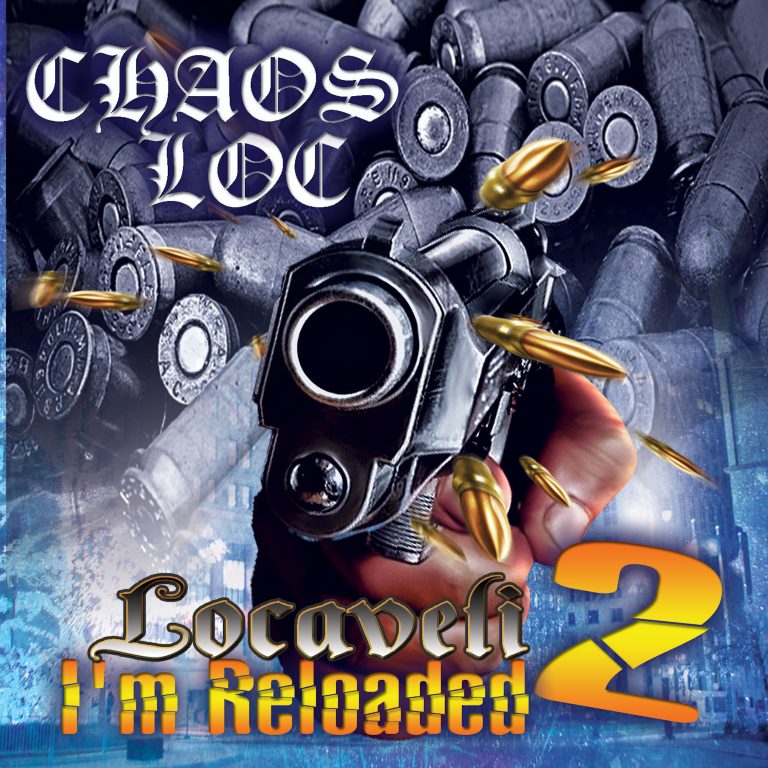 I just wanna introduce my new album to everybody and let everyone know that “Locaveli 2: I’m Reloaded” is a very powerful album with many hood bangerz on it. I am very proud of this project. This is the official East Coast Mafia kicc off so fucc wit it.

I’m currently locced up in a super maximum penitentiary knoccin out a 15 year sentence but I’m still managing to drop videos and release new music nationwide. It’s not easy getting these songs recorded and released but I gets the job done. “Locaveli 2: I’m Reloaded” will be followed up with a sequel but I’m concentrating on sharing “Locaveli 2: I’m Reloaded” with the world first. I want everybody that’s reading this to download my new album and follow me on Instagram and Facebook. Stay updated on all new album releases and support East Coast Mafia Entertainment to the fullest.

If you want to listen to a rapper that really live the life that he rap about it’s a must you listen to Chaos Loc. I’m really from the streets and I’m really doing prison time for putting in real work in them deadly streets where life ain’t promised. On my songs “Traptized” & “15 In Da Pen”, I speak on some real life situations that I went thru so make sure you download those traccs. If you got you a Bonnie or a Clyde in your life, it’s a must you hop in the whip and ride to my song “Feelin Free” (featuring GG Capone). On “Wreccless” & “Psycho” I’m letting you know how a Uno really get down, so come take a trip into my world.

I’m on my way home now so expect to see me everywhere you look. Expect a flurry of ECM mixtapes from me and my squad this year. I’m dedicated to my career and my East Coast Mafia family to the fullest. My new autobiography “Can’t Stop, Won’t Stop!” can be ordered thru Amazon.com so snatch up a copy of that as well. The new album “1st & Foremost” by ECM artist Grizz Loec is also available for download so snatch that up as well.

I went from a career gangbangin criminal to a legit corporate businessman. The transition wasn’t easy but I managed to conquer that mission. Download “Locaveli 2: I’m Reloaded” and come take a trip into my world. The new album along with other mixtapes is available on CD and can be purchased thru Rapbay.com so place your order now. Much love, loyalty, and Respect to Rapbay.com, Urbanlife, and everybody that downloaded my new album and purchased my book!
E’z up fa death doe! ECM!