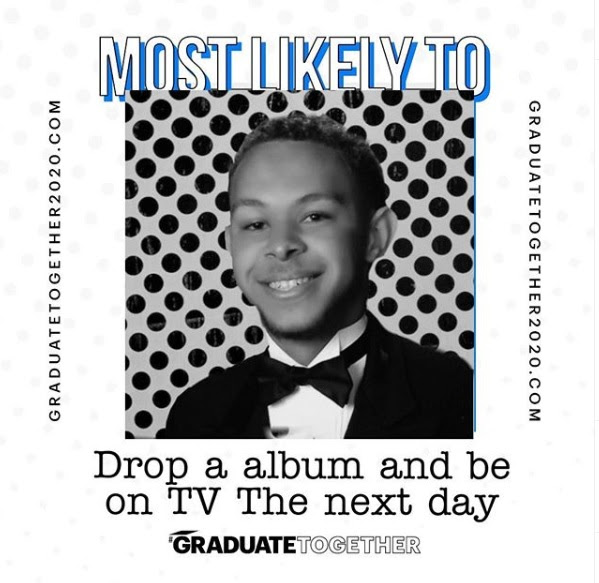 After releasing his “COVID-19 Class of 2020” freestyle through Instagram, Justin Walton, aka Jwalt, of Oakland, California was contacted by producers of People Magazine who noticed his talent. “…They were telling me how much they liked it and that they wanted to highlight it on their website and social media,” Walton recalled. He submitted a video about himself to be considered for the event and was contacted by producers weeks later to confirm that he had been selected. “I was excited. I wasn’t expecting my freestyle to lead to a national television appearance,” he said.

The Oakland School for the Arts (OAS) graduate and soon-to-be freshman at NYU’s Clive Davis Institute of Recorded Music is no stranger to the limelight. Jwalt performed with rap scholars Talib Kweli and Black Thought at the 7th annual Hiero Day Music Festival and the inaugural Sway Festival with G-Eazy, Kamaiyah, Sheila E., and Rexx Life Raj. Jwalt was also selected to perform for Stephen Curry at the Fox Theater in Oakland, California with fellow rap artists E-40 and Saweetie to commemorate his 10th season with the Golden State Warriors.

At 15 years old, Jwalt became the youngest participant in the Sway’s Universe Doomsday Cypher in 2017. The talented rapper, songwriter, poet was even described by Bay Area rap legend Mistah F.A.B. as the “the next Bay Area artist to break”.

Jwalt was one of 3 million high school seniors celebrated in the virtual event that included a commencement speech by the 44th president of the United States, Barack Obama. “It’s crazy that this happened the day after my debut album was released,” he says.

J’s highly anticipated debut album Yours Truly produced by renowned producer, DJ, drummer, and member of the underground hip-hop collective Hieroglyphics, DJ Touré dropped on May 15th. The 11-track project features the popular single “THE KID” which was selected by ESPN for NBA Countdown to be played nationally in between games, commercials, and recaps until COVID-19 ended the season. Yours Truly also features music credits by Grammy-nominated producer Max Perry (Wiz Khalifa, Cam’Ron).

Sway in the Morning host and the executive producer Sway Calloway says, “Jwalt is fresh and powerful blended together. The bay has a new wave happening and he’s a big part of it.”