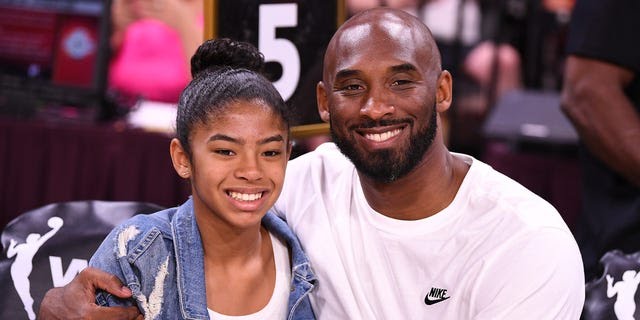 Authorities confirmed that nine people were on board when the helicopter went down near Calabasas this morning, including a pilot. There were no survivors.

Bryant’s 13-year-old daughter was also on board, Local 10 News has learned.

Bryant’s wife Vanessa was reportedly not on the helicopter, according to TMZ.

Upon arrival, firefighters found a brush fire that was a result of the crash.

Firefighters indicated the brush fire and debris field from the crash was approximately a quarter mile in size.

Authorities are waiting for official confirmation from the coroner before identifying any of the victims.

He played his entire 20-year NBA career with the Los Angeles Lakers and finished his career as one of the best to ever play the game.

Born in Philadelphia, Pennsylvania, he was drafted into the NBA straight out of high school at the age of 17.

He retired in 2016 a five-time NBA champion, two-time NBA Finals MVP and the all-time leading scorer in Lakers franchise history.

Bryant was selected to an NBA record 18 consecutive NBA All-Star Games. He also won two gold medals while representing the USA in the 2008 and 2012 Summer Olympics.

As the news broke, members of the NBA family, and many others, began to show their shock and anguish

According to TMZ, the two were traveling to the Mamba Academy in Thousand Oaks, California, for a basketball practic. They were among nine people confirmed dead in the crash, including another player and a parent. Bryant’s wife, Vanessa, was not among them.

Kobe Bryant passed his love of the game on to Gianna. They had been spotted sitting courtside at NBA games in recent months, and Bryant said she aspired to one day play college basketball for the University of Connecticut