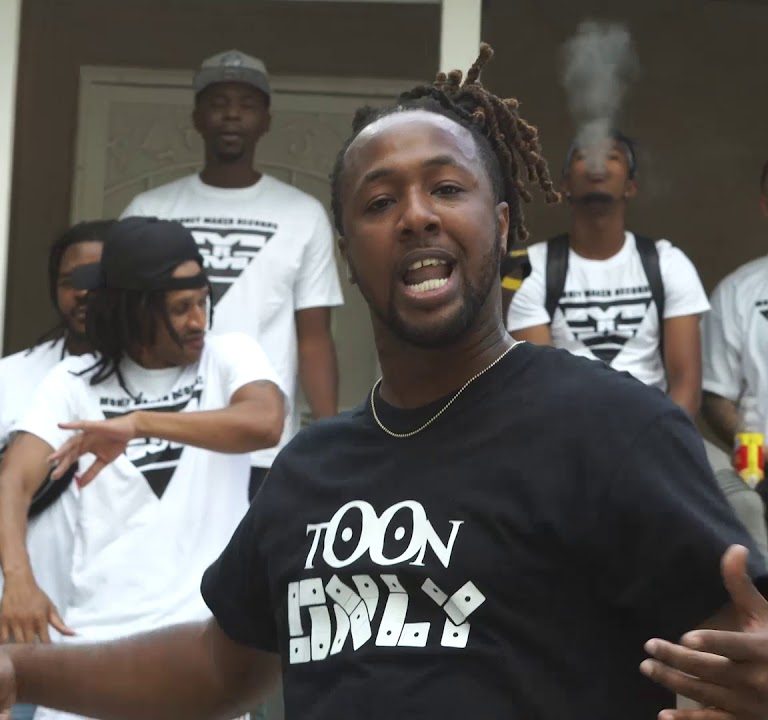 Southern rapper Toon has a passion for music that began when he was just a child, rhyming words on his front porch in the ATL. But in the menacing new video for “Only,” he’s letting the world know just how serious he is about his work. Directed in his city by HOLLYWOOD718 and Chino Dollar and inspired by the movie Scarface,“Only” shares a glimpse of Toon’s character—and the powerful connections he can call on when he needs to.

When single “Only” dropped, fans flocked to the message of the infectious hook: You ain’t the only n***a gettin money/ You ain’t the only n***a selling drugs/ You ain’t the only n***a know the gangstas/ You ain’t the only n***a know the plug! Now the “Only” video has Toon illustrating this message as a good deed done for a powerful player earns him revenge on a fake friend. The story begins as a man in a Maserati pulls up at the gas station store where Toon and his girl are entering. But when Toon finds a $100 bill and returns it to another powerful character with a suited bodyguard, he sets the scene for what’s about to unfold. Similar to the legendary Tony Montana in Scarface, Toon works his way up in the ranks from rags to riches while doing away with the snitches. As the setting changes from Toon at the gas station, to rapping on the porch with his squad, to stunting with models inside a mansion, he makes it known that anyone plotting against him will get what’s coming! Watch the official video above to find out what happens, and follow the moves of this rising star here —> @Toon_CLB