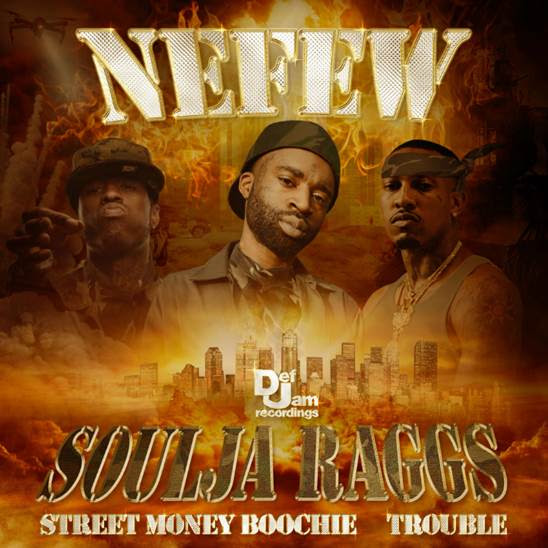 For Nefew, going at it alone isn’t a sign of weakness it’s a show of strength.

The Southside Atlanta rapper rose to Trap Star status following his breakout hits “Definition Of It” and “Da Partments,” which are both notably absent of collaborative guests.

“My whole grind, I made it this far with no features,” says Nefew. “I trailblazed my own lane. No cosigns, period. No bigger artists were reaching out to me. People know Nefew from Nefew.”

This no holds barred approach powered Nefew’s Definition Of It mixtape trilogy series (2017-19) and culminated in last year’s Spray Paint My Name on the Walls. The independent collection of music showcased Nefew’s deadpan delivery and concrete hardened bars. The visual for “Da Partments”—viewed over 4 million times and counting on WorldStar—compliments his grey rhymes with an on-the-ground view of ATL’s seedier side.

The buzz generated from Nefew’s mixtape catalog drew the attention of Def Jam executive Rich Isaacson who helped to ink the rising upstart to the historic hip-hop label by way of Bases Loaded Records.

“When I finally said, I’m finna rap about my life, my trials and tribulations, where I come from, that’s when everything clicked,” Nefew explains. “I made a decision that I was gonna keep everything true, I’m gonna be true to myself and tell my story.”

Originally from Atlanta’s Westside, Nefew and his family relocated to the Southside of town and as early as 5th grade he knew he had aspirations to put pen to pad. His family bonded over Ja Rule and Ashanti music videos they’d watch together on BET. His earliest influences, though, included 2Pac, Bankroll Fresh and Cash Money’s Hot Boy$. By middle school, Nefew was locked in. He’d toy with computer software and eventually recorded a flip of Soulja Boy’s “Donk” into the darker remake, “Glock.”

Currently, Nefew is at work on his as-yet-titled Def Jam kickoff project, an EP introduction to the masses to be followed up by his proper debut album that’s also in motion.

Standouts on the forthcoming EP, “Ball” and “How I Wanna,” detail Nefew’s newfound fortunes as he prepares to deal with the fame his impending success promises to bring.

“My career is like a timeline, all we doing is going forward,” says the rapper. “We aren’t standing in the past. I’m not gonna keep rhyming about the struggle. I might throw a couple bars out there to reminiscence. But that’s not what we on now. I’m on another level. So now it’s time to get to the good part, the prosperous parts of life. I’m gonna tell you what’s currently going on in my life: I’m not sleeping on the floor no more, I’m not trapping at the store no more. I’m still where I’m from. But I’m letting you grow with me.”

Nefew just might find strength in numbers after all.