I like trump over hillary or biden because he had much better policies that were America first but I Don’t trust any of these rich billionaires in politics really. I don’t think many of them have the interest of the people. But, it appears trump may care a little more. As Prez he lost a lot of money and even donated his salary. But question everyone and everything.

His wealth isn't real and either were his policies. All he did was disrupt the Republican party agenda. The two party system is designed to handle these disruptions as you will have a wide spectrum of politics under either party. Nationalism has been dead for decades, the war was won for them (gloBAALists) a long time ago because the right ones didn't exist then to fight against them. Do not be fooled by this faux glitch in the matrix, Trumps are gloBAAList too, they just partners with diff oligarchs and money clans. The battles will never cease as they continue to kill us use us play us destroy us. We will keep coming until we end their world. They know time is running out and want to book it to Mars before we end their bloodlines and heal humanity.

Trump was actually anti globalist. He said it to the UN. It's why the media was paid to hate him. why do you think they used election fraud to install the fake biden. Who sucks globalists dicks everyday for breakfast ?

Speaking to the United Nations General Assembly last week, the U.S. president insisted: “The free world must embrace its national foundations. … The future does not belong to globalists. The future belongs to patriots.”

This is the same man who said it was “perfect” to ask the Ukrainian president to investigate an American political rival; who once called on Russia to hack Hillary Clinton’s emails; and who, according to the New York Times, pressured the Australian prime minister to help undermine the Mueller inquiry. Trump certainly doesn’t believe his own interests should be constrained by anything as prosaic as national borders — or the national interest.


Back in the early 2000s, during the high noon of the first wave of resistance to globalization, people like economist Amartya Sen used to point out that the resistance to globalization was itself globalized. The anarchists at the Battle of Seattle or the activists at the World Social Forum thought nothing of sourcing their arguments or their support from anywhere in the world.

Theirs was an effortlessly internationalist movement. The more thoughtful among their number accepted that they were globalists, just angered by the specific form that globalization had taken. They represented globalization’s triumph, even as they railed against it.

In the same way, Trump is a product of borderless capitalism. He has raised money from investors in a dozen countries across the world and sold his name to builders in half a dozen more. Interests and resources can’t be constrained by national boundaries; the builder Trump knows that, even if the politician Trump pretends he doesn’t.


For those who run that sort of global business, there’s nothing inherently immoral or unacceptable about asking help from a business associates in a foreign country to undermine a rival back home. That’s smart, in fact.

Politics, on the other hand, is a little more old-fashioned. In fact — if you’ll pardon the lapse into Trump-speak — one might even call it “patriotic.” It stops at the water’s edge, remember? People worry if you look outside your borders to deal with domestic problems.

What Trump has to offer to his foreign associates is the power of the presidency itself. Democrats in Congress are moving ahead with an impeachment inquiry because they think it’s still beyond the pale, even in a more globalized era, to hawk the power of office internationally for personal or political gain.


Perhaps Trump is right to imagine, as it appears through his behavior he does, that populist politicians around the world will recognize each other as allies against those pesky, unpatriotic liberals who oppose them all. At a joint rally this month, Indian Prime Minister Narendra Modi rephrased his own election slogan in a manner that was seen as a quasi-endorsement of Trump. The U.S. president himself was clearly willing to help Benjamin Netanyahu during Israeli elections in April.

But, if Trump is right that there is a global community of populists who should defend and support each other, then he is probably wrong that the future will not belong to globalists. Globalization triumphs by forcing itself into the assumptions and operations of even its most bitter opponents. Trump himself may be the most committed globalist of them all.

If you're not physically and mentally wealthy right now, you better face yourself in the mirror soon....The Great Rationing is upon us

Wow, WTF did I miss on the Siccness for the last couple years??? A bunch of Trump supporters, this ish is wild
Props: Mac Jesus

The Vice President of the United States, a woman who was eliminated from the presidential race after the first primaries debate, is negotiating foreign policy with the leader of Russia during invasion hostilities with Ukraine?
Props: Teethbrush and StillHustlin

StillHustlin said:
14 months of Biden is all it took to turn em
Click to expand...
I think it was the 8 years of Obama’s shitty economy that helped Trump get elected. Gas prices were high in the Obama years just like they are right now. The only reason people liked Obama is because they thought it was hip because of his skin color.
Props: Teethbrush and StillHustlin

Villain said:
Wow, WTF did I miss on the Siccness for the last couple years??? A bunch of Trump supporters, this ish is wild
Click to expand...
Obama was also a shitty president with higher gas prices and a lot of increased homelessness from 2008-2016. The last few years of Obama’s time in office the homeless population skyrocketed.

13.6 billion to a bunch of white people that aren't even "Americans.". Still think the Democrats aren't the racist ones? What did they give you yesterday? That's what I thought. 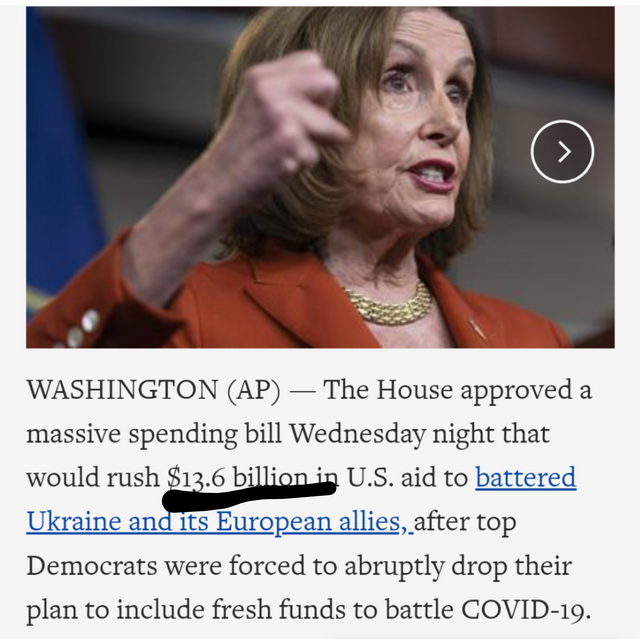 Really funny if you ask me, all these racists who hate white people were so set on removing Trump that they didn't know they were indirectly supporting a different band of racists, who hate them.
Last edited: Mar 10, 2022
Props: siccmadesyko

StillHustlin said:
14 months of Biden is all it took to turn em
Click to expand...
Hot take, both Biden and trump are terrible presidents.
Props: siccmadesyko and StillHustlin

Mac Jesus said:
Hot take, both Biden and trump are terrible presidents.
Click to expand...
Obama was worse than Trump….Obama had 5 dollar a gallon gas prices and a shitty economy/less jobs and increased homeless from 2012 through 2016.

Most people only say Trump was terrible because CNN pounded on him 24/7 saying negative stuff because Trump called them fake news.

MobbinINda916 said:
Obama was worse than Trump….Obama had 5 dollar a gallon gas prices and a shitty economy/less jobs and increased homeless from 2012 through 2016.

Most people only say Trump was terrible because CNN pounded on him 24/7 saying negative stuff because Trump called them fake news.
Click to expand...
Bruh you're on Trumps dick so much you're displaying female tendencies. No one said anything about Obama.
You must log in or register to reply here.
Share: Facebook Twitter Google+ Reddit Pinterest Tumblr WhatsApp Email Link