Yeah im not really diggin this release through 1st run through. Production is not my taste.
Props: fillyacup and fillyacup
D

@fillyacup time to put your money where your mouth is 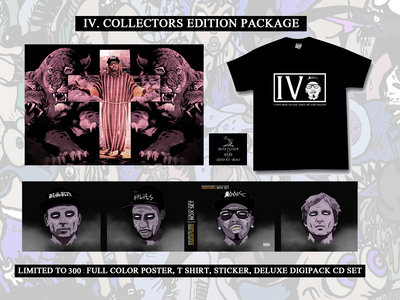 i might have paid $60 for the set but im cool of this nipsey hussle shit
Click to expand...
40% discount these days..

"Bright Lights Dark Hadou" impressed me, by the way..

patiently waiting on the breh discount

Nacho flippin the script style wise on that track...will be interesting to see how he does with Harry going forward. I hope he doesnt stray too far from what made him dope in the first place.
Last edited: Apr 26, 2016
Props: fillyacup, fillyacup, infinity and 3 others

Nobody went to his show a few days ago?
Props: Snakegang and Snakegang

patiently waiting on the breh discount

https://iantaggart.bandcamp.com/album/but-he-who-causes-the-darkness
Click to expand...
Download Young God but who causes the darkness [320] zip
Props: menlohog, menlohog, Nuttkase and 1 other person

Fucky McFuckerson said:
Nacho flippin the script style wise on that track...will be interesting to see how he does with Harry going forward. I hope he doesnt stray too far from what made him dope in the first place.
Click to expand...
bsbd is what made nacho nacho. that sound is what he was..i'm digging his raps its just the beats after bsbd are lacking. thats a lot to live up to and these beats just aint it. raised by wolves is good and same with eric g but i aint really feeling much of the others.
Props: infinity, infinity, Ezoterick and 5 others

New project due on Halloween. (all Harry Fraud produced?)

I wasn't really feeling it either. Like it was said earlier in the thread. Nacho without BSBD is just not as good. The bad thing is I think Harry Fraud is dope as fuck he just doesn't mesh well with Nacho at all. I haven't really liked anything hes done since S&D.

Songs alright. It's 10xs better at the parts without the electric guitar sample (which rarely sound good in rap songs in general in my opinion). There are plenty of songs I like by Nacho not produced by BSBD so I don't really think he needs them to make dope music but they sure do compliment each others vibe. I feel a big part of it is the layered somewhat spacey & ambient type of production they tend to go for fits really with Nacho's flow and voice.

Also did not know Nacho is almost 33, thought he was in his mid 20s.
Props: Palmer, Palmer, Fucky McFuckerson and 5 others
E