Have not been on for a while but I plan on getting rid of some stuff. Random things from my parents house along with some of my cds, tapes & one of the original RIP Mac Dre T-Shirts they sold after his passing. I believe the proceeds of that at the time were going to his daughter. Been a while so I don't remember exactly.

Is Ebay still the best way to go? Placed a cd on there to see what happens and figure out the listing procedure.

I tried to list it as "Domestic only" but the set up is different and I don't think its going to block buyers from other countries. Is there a new way of doing that?

Shirt I have has this design/photo on it... 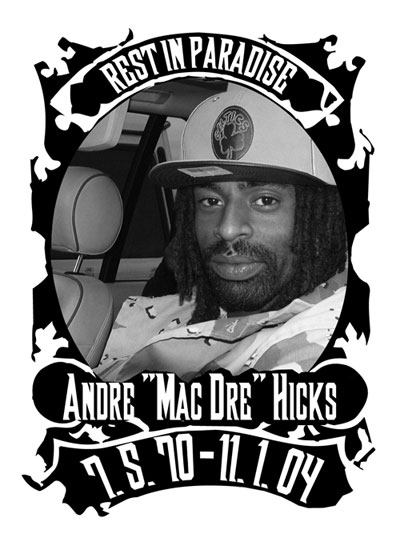 Took some pictures of the shirts. All are XL

Mac Dre which I described above.

Mississippi was a concert shirt. Cant recall where I got that

Tech N9Ne F T I (Fuck The Industry) was the shirt when he began that movement for underground Rap. Started getting noticed on MTV and other outlets after that.

@R8R you guys still doin mixes at all?

Whats up. Just livin life & workin hard. Unfortunately I have not made a single thing in years.

@LISICKI tried to get me going a few times but the job im at doesn't leave me much time to mess with this music. I do miss it though.
Props: LISICKI, LISICKI, siccmadesyko and 1 other person

What tapes are you planning to sell?

Once I get them boxes open I'll let you know...
T

R8R said:
Whats up. Just livin life & workin hard. Unfortunately I have not made a single thing in years.

hope all is well folks

what up my brotha. I'll shoot you an email. I like the titles of the 2 future projects
Props: LISICKI and LISICKI