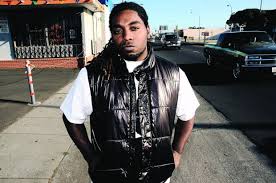 The Producer hailing from San Jose and born Sultan Banks is credited with producing records such as Keak da Sneak’s “Super Hyphy” and Dem Hoodstarz “Grown Man Remix” and much more. His first album, The Slapp Addict, was a compilation of Bay Area hyphy artists. And was released August 22, 2006.

Traxamillion has also released a mixtape called The Slapp Addict Mixtape, which features mainstream artists as well as local Bay Area artists, and is responsible for producing the remix of “About Us” by Brooke Hogan featuring E-40.

In addition to being a producer, Traxamillion also raps, which he demonstrates on tracks such as “Bring It Back” and “Skrape” on The Slapp Addict. His song “The Movement” is featured on College Hoops 2K7.
In 2010, Traxamillion signed with 454 Life Entertainment after producing the label’s second single “We Get Money” by Drew Deezy and Thai VG featuring Glasses Malone. He went on to produce a majority of the label’s compilation album “As Real As It Gets.”. Siccness.net would like to send condolences to his family , friends , as well as his countless fans. Rest in Peace.
Props: RAVAGE, NS Niner Ryda, dalycity650 and 1 other person
M

RIP. Cancer is a bitch hope he’s in a better place. Bay Area legend and The Slap Addict was and still is classic!

Traxamillion was a quality producer !! He is missed !!!